Welcome to the 2021 Touring Car Masters series. It’s very close to 12 months since Ryan and the team were in Adelaide competing in round 1 of the 2020 series.

It certainly feels like “take 2” as the team does its final checks for getting this season underway.

Even though the car did just the one race meeting and a few drive days, Rod and Pete have given the Torana the once over and the engine has had a top end refresh so it can do the whole season. Ryan is super fit as he was last year but even more so this year after surfing nearly every day since moving to the Sunshine Coast.

Since the engine rebuild the team have been to Queensland Raceway twice and are happy to say that speedRyan had in Adelaide is most certainly still there.

The 2021 season also sees a change from Foxtel to the 7 Network so after years of pay TV, all the TCM races will be shown live and free on 7. 7Plus will show all on-track activities with every classes practice, qualifying and races shown live. 7Mate will show 3 hours each day with selected races of TCR, TCM, S5000 and Trans Am races live and free.

Round 1 will be held over 3 days – Sunday Jan 24, Monday Jan 25 and Tuesday Jan 26th from Symmons Plains just outside Launceston, Tasmania. This will also be the first telecast for 7 as the new home of motorsport with all ARG and Supercar events being shown on the 7 network.

As has been the past seasons the TCM round will have 3x sprint races plus the one reverse grid “Trophy Race” which gives mid pack competitors the chance to win a race. Every competitor is awarded the same points to start and finish so there is no need to heroics and is great passing practice for the quick guys at the front. 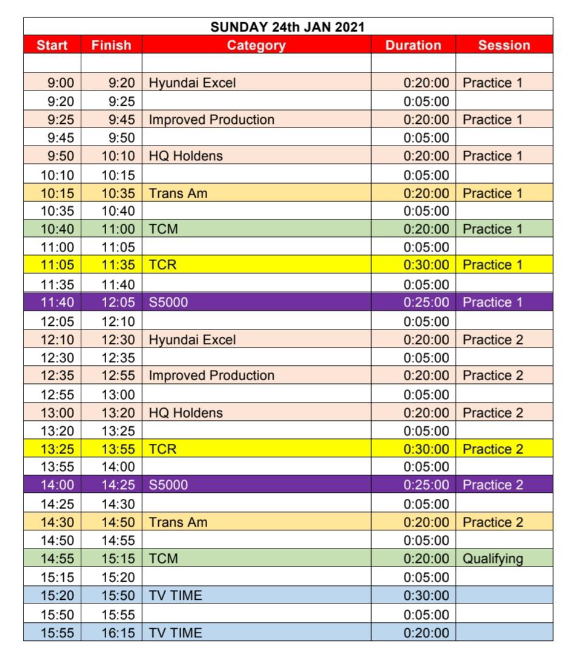 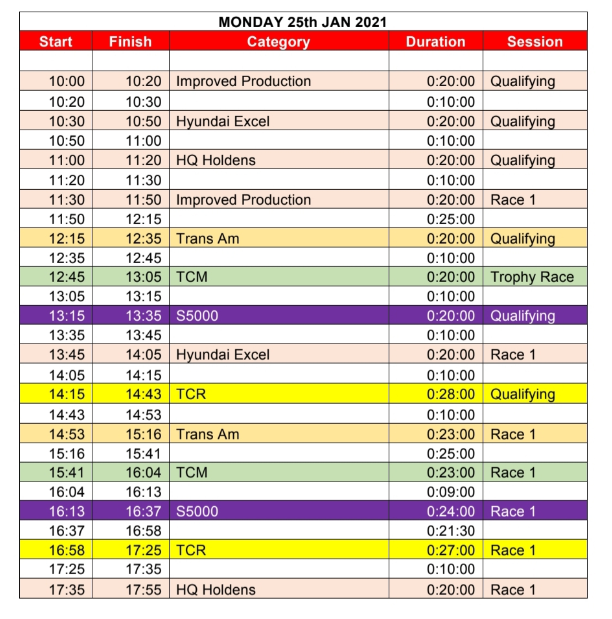 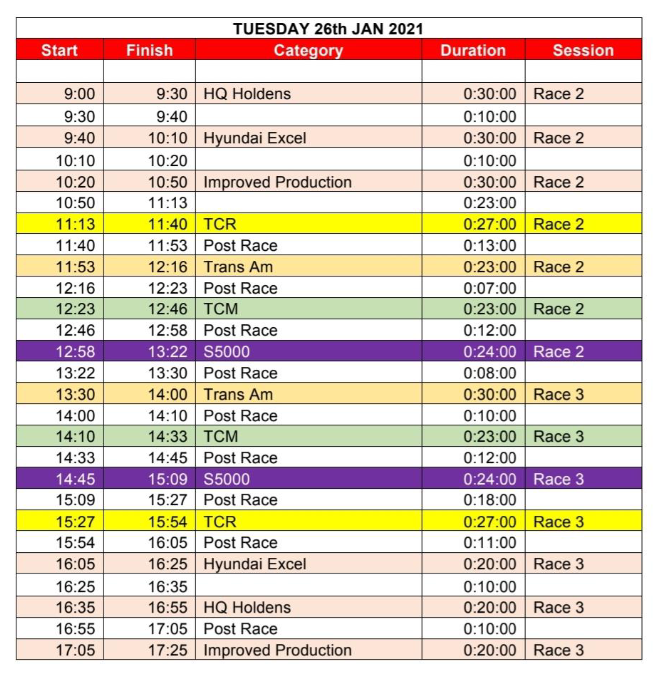